5 C-Dramas for your next Netflix binge-watch sesh

After a long day of studying or working, nothing quite beats a relaxing evening of Netflix binge-watching your favorite TV series.

The streaming platform has certainly taken the world by storm, especially during this pandemic. With so many options to choose from, admit it, you probably take a longer time looking for a new show or film and your food is already getting cold, so you eventually end up rewatching your go-to series or movie– been there, done that!

This is why we have rounded up our no-fail, top 5 Chinese dramas you definitely should watch if you’re looking for a new genre to dive into. Fair warning: Watch only when you have free time as these shows will get you hooked! 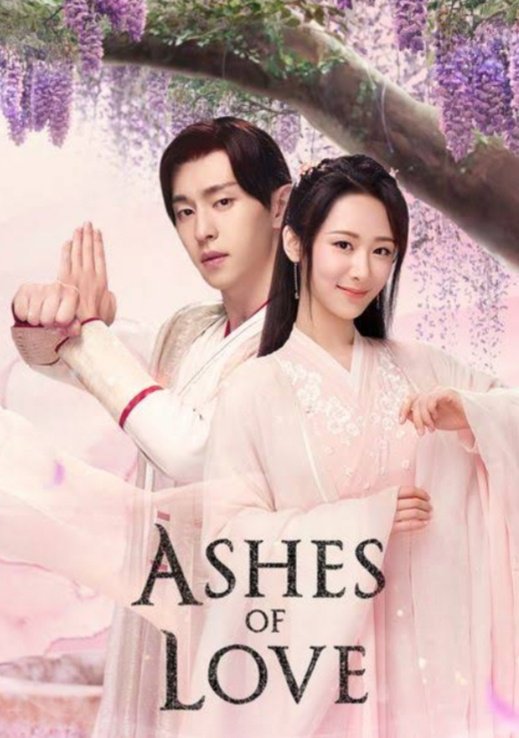 This 2018 C-drama is based on a novel by Dian Xian entitled Heavy Sweetness. This story follows the life of Jinmi, daughter of the Floral Goddess, and her romantic entanglement between Xu Feng, the Heavenly Emperor’s son, and his half-brother Runyu. Because of her mother, Jinmi is unable to feel any romantic feelings but later on finds out what her true identity actually is.

2. Put Your Head on My Shoulder 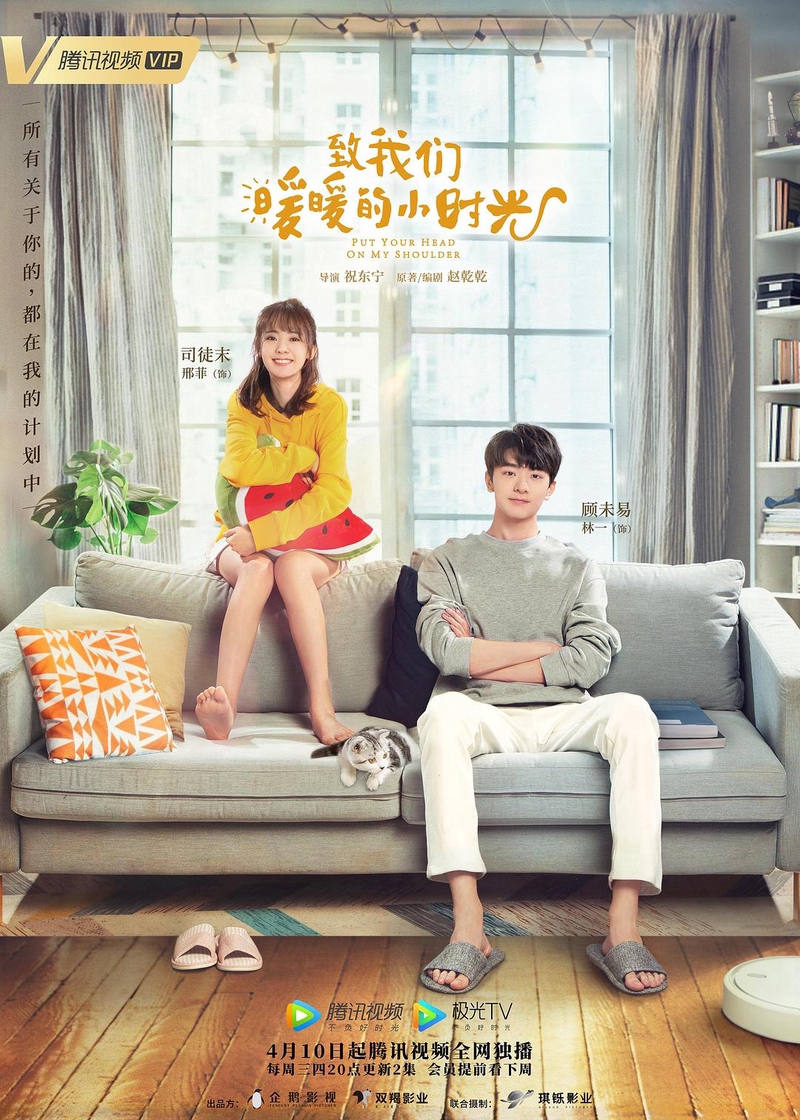 If you’re looking for a more K-drama vibe series to watch, Put Your Head on My Shoulder is right up your alley. Accounting student Situ Mo is on her graduation year but everything is not happening according to plan as she has to make big decisions for her future, not her biggest strength after having most of her life planned out for her. Enter physics major Gu Weiyi, who Situ Mo casually bumps into every now and then– only to realize that they are also slowly walking into each other’s lives in a way they will never forget. 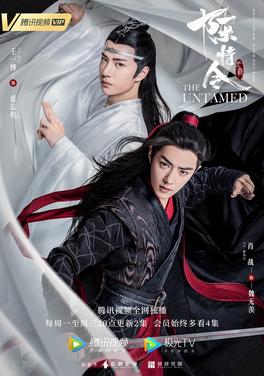 The Untamed is one of the most widely anticipated Chinese dramas on Netflix, with fans saying that the series “ripped their heart out”. The series starts off with a strong premise where Wei Wuxian wakes up 16 years later after his death. He reconnects with his soulmate, Lan Wangji, and together, they uncover the mystery of Wei Wuxian’s death, only to find out that there’s a deeper secret to unearth involving their ancestors and an ominous threat that can destroy the world.

4. A Taiwanese Tale of Two Cities

This is a heartfelt C-drama that will surely tug at your heartstrings and make you contemplate life. The story centers around Taipei doctor Lee Nien-Nien and San Francisco engineer Josephine Huang, two women growing up in two different cultures and each carrying their own personal challenges. Trouble starts brewing when the two ladies swap homes and trade lives. As Lee Nien-Nien navigates through the Western world of San Francisco and Josephine Huang embarks on a journey across Taipei, the two come to realize just how strikingly different their cultures are and more importantly, how switching cities doesn’t mean they can also leave their baggage behind. 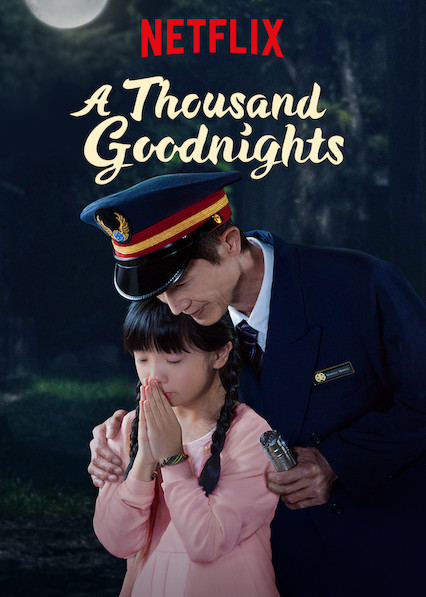 Get ready to bask in the scenic and serene mountains of Taiwan and get to know the story of Dai Tian-qing, a young girl on a quest to carry out her late father’s final wishes and finally comes to terms with her identity and heritage. As she unravels her family’s deep secrets and mysteries on her journey, Dai Tian-qing also explores the natural beauty in the streets and countrysides of Taiwan– and finds romance and redemption along the way.

In celebration of Chinese Valentine’s Day, we’ve gathered some of the most traditional and romantic dishes to satisfy both your heart’s and stomach’s desires.

END_OF_DOCUMENT_TOKEN_TO_BE_REPLACED

4 Family C-dramas that will give you all the feels

If you’re up for a touching family series that makes you bawl your eyes out, we have the perfect list right here! Check out our recs now:

END_OF_DOCUMENT_TOKEN_TO_BE_REPLACED

5 Feng Shui Tips to Attract More Love in Your Life

Feng Shui is an ancient Chinese discipline that combines the energy and auras of the environment with the energy of...

END_OF_DOCUMENT_TOKEN_TO_BE_REPLACED

From martial art-filled fantasies to modern slice-of-life dramas, check out what shows C-drama fans are all excitedly waiting for in 2022!

END_OF_DOCUMENT_TOKEN_TO_BE_REPLACED

How to Conquer the Great Wall: A Guide to Chinoy Relationships

Sometimes, obstacles in love are a bit too hard to overcome. But that doesn’t mean they’re impossible. Check out our tips on how to conquer the infamous Great Wall!

END_OF_DOCUMENT_TOKEN_TO_BE_REPLACED

If you’re a Cdrama fan, then you’re definitely familiar with the iconic orchestra battle scene called “The Battle of East...

END_OF_DOCUMENT_TOKEN_TO_BE_REPLACED

In the world of Netflix’s Squid Game, debt-ridden South Korean folks compete in deadly children’s games to win money. With...

END_OF_DOCUMENT_TOKEN_TO_BE_REPLACED

In the latest episode of CHiNOY TV’s Chinese by Blood, Filipino by Heart, multiple Chinoy personalities discuss what it means for a member of the Filipino-Chinese community to romantically commit to both Chinoy and non-Chinoy partners. Although none of us can claim to be experts in love, here are three key insights that we’ve taken away from the discussion.

END_OF_DOCUMENT_TOKEN_TO_BE_REPLACED

Slater Young x Squid Game: It’s all over the Internet!

“Dapat ganito to eh, kung ako nandyan this is what I should have done.”   Because of its success, Netflix's Squid Game...

END_OF_DOCUMENT_TOKEN_TO_BE_REPLACED

Now you know: Dubbing in C-Dramas

As someone who is relatively new to C-Dramas, I was surprised to learn that most C-Dramas are actually voice dubbed....

END_OF_DOCUMENT_TOKEN_TO_BE_REPLACED

New Chinese Films that you need to see

With the award-winning K Film "Parasite" reaching critical and commercial acclaim all over the world, C-Cinema is not one to...

END_OF_DOCUMENT_TOKEN_TO_BE_REPLACED

Danger Zone is your next prison-themed series to binge-watch

On the heels of the massively successful release of The Ferryman: Legends of Nanyang, iQiyi, one of Asia’s leading streaming...