Ancient China and the Domestication of Cats

Cats rule the internet now. But a new study discovered evidence of domesticated cats in a Yangshao hamlet as far back as 5,300 years ago, revealing that ancient Chinese peasants may have been early feline lovers. Feline domestication may be traced back to ancient Egypt, where artwork depicts cats receiving attention.

Egyptian cats were even mummified in honor as the holy animal of the goddess Bast. Prior to that, a 9,500-year-old burial on the island of Cyprus, where a wildcat and a person were buried side by side, is the first known instance of cats and humans coming into contact. There is still a great deal of mystery surrounding what transpired between that burial and the domestication of cats in ancient Egypt.

Only about 2,000 years ago, after the Egyptians transported domestic cats to Greece and the felines swept throughout Europe, it is believed that domestic cats first arrived in China.

However, recent findings cast doubt on that idea. In 1997, the remains in a Chinese town named Quanhucun were excavated, and eight cat bones from at least two different people were found there. The Yangshao civilization, a well-researched Neolithic society in China, inhabited long-lasting settlements and engaged in agriculture and pottery production. 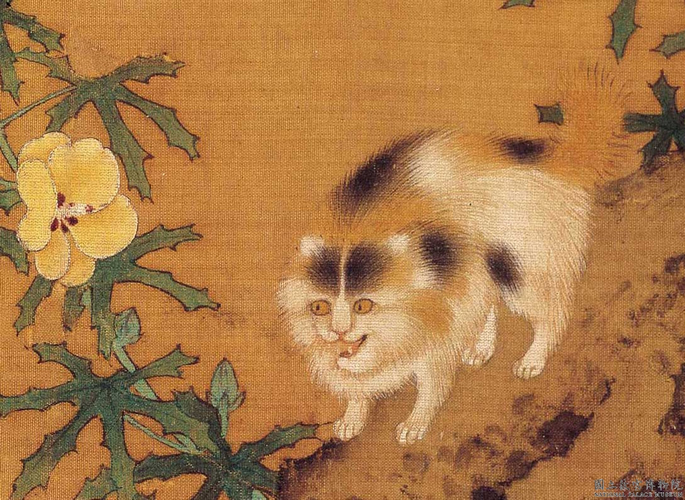 Five leg bones, two pelvic bones, and one left jawbone are among the bones that were discovered. There are even two left tibia bones, which proves at least two distinct cats were interred there.

However, since the bones were discovered in various locations, there may have been more. The remains are much older than any known cat associated with humans in China, according to a new analysis of the cat bones, which was published in the journal Proceedings of the National Academy of Sciences.

Researchers asserted that the cats’ diets provide the most compelling evidence in favor of domestication. When determining what animals once consumed—the molecules that later served as the foundation for their bones—scientists employ molecular variances known as isotopes. It was discovered through isotopic analysis of both human and animal bones from the settlement that the inhabitants consumed a lot of millet. The researchers discovered that rodent diets were likewise high in millet. Then, as a result of cats eating the rodents, a feeding chain was established that benefitted both cats and farmers wanting to keep pets away from their crops.

For a meat eater, one cat, in particular, had an odd food profile. This cat consumed a lot of agricultural items, not high quantities of a nitrogen isotope linked to a carnivorous diet. However, the studies cannot explain the proliferation of domestic cats.

Researchers speculated that the Chinese cats may have descended from the cats that were domesticated in Egypt. Alternatively, they could have been separately domesticated in China. Eventually, more investigations on its ancient DNA will come out to resolve the enigma.

China was engaged in a conflict with both mankind and nature in 1629. The military pushed the nation's finances to...

END_OF_DOCUMENT_TOKEN_TO_BE_REPLACED

How Christmas was Celebrated in Ancient China

Christmas is a significant holiday season in the world. To honor the birth of Jesus Christ, the great majority of...

END_OF_DOCUMENT_TOKEN_TO_BE_REPLACED

The intriguing and varied realm of Chinese history spans more than 5,000 years and includes dynasties, invasions, innovations, and even...

END_OF_DOCUMENT_TOKEN_TO_BE_REPLACED

The four legendary animals defend the world in four directions in Chinese Constellations, and are known as the 'Four Symbols'...

END_OF_DOCUMENT_TOKEN_TO_BE_REPLACED

What is Feng Shui? Here’s What You Need to Know

You may hear ‘feng shui’ being thrown around often when discussing interior design, architecture, lifestyle, and even tomb location. The...

END_OF_DOCUMENT_TOKEN_TO_BE_REPLACED

From Defense to Tourism: Why Was The Great Wall of China Built?

Today, people associate “The Great Wall” with a slang term of Chinoys being discouraged from dating someone outside their ancestry....

END_OF_DOCUMENT_TOKEN_TO_BE_REPLACED

The Chinese Woman Who was Thrown in a Well: The Tragic Story of Imperial Consort Zhen

Concubinage has a long history in China. Concubines were women who lived with Emperors but were never legally married and...

END_OF_DOCUMENT_TOKEN_TO_BE_REPLACED

Eunuchs were influential political figures in ancient Chinese administration. They began as trustworthy slaves in the royal household and aspired...

END_OF_DOCUMENT_TOKEN_TO_BE_REPLACED

A Brief History of Chopsticks

Chopsticks are now known as convenient cooking and dining utensils that are held in the dominant hand, fastened by fingers,...

END_OF_DOCUMENT_TOKEN_TO_BE_REPLACED

June is a time for celebrating Pride Month, but while many establishments around the world are decked out in rainbows...

END_OF_DOCUMENT_TOKEN_TO_BE_REPLACED

Some see Empress Wu Zetian as a great statesman slandered by Confucian sexism, while others see her as a blood-soaked...

END_OF_DOCUMENT_TOKEN_TO_BE_REPLACED

The Most Powerful Woman in Chinese History, Empress Dowager Cixi