Anna Mae Yu Lamentillo: The Author of Night Owl and the Woman Who Led the Build, Build, Build Program

There’s an ongoing joke in the Chinoy community about how you can only pursue a few specific career paths: business, medicine, engineering, or law, and choosing anything else would land you in filial disappointment. Aside from that, Chinoy culture also has the tendency to assign gender to certain professions, with the older generation often being the judge and jury on the kind of job befitting a man or woman. One would definitely assume that heading the Build, Build, Build Committee is a man’s job, but the person who holds that title is actually a woman named Anna Mae Yu Lamentillo. 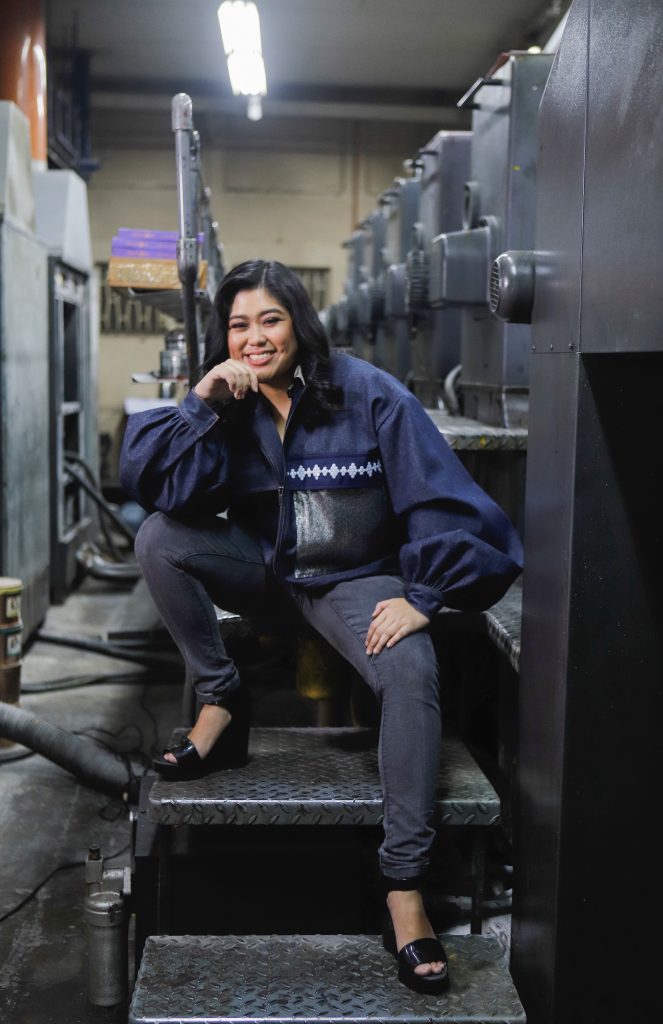 Lamentillo is the former chair of the Build, Build, Build Program under the Department of Public Works and Highways (DPWH). She is also the author of Night Owl, which is a book that doubles as a progress report on the Duterte Administration’s infrastructure accomplishments in the last five years. Growing up, Lamentillo had never been one to conform to gender roles, and that was mostly due to the encouragement of her mother.

“My Mom is the Chinese one in the family, but she did not believe in gender roles. Every breakfast, when we were much younger, mom would remind us we could be anything we wanted to be.  There was nothing that was beyond our reach.”

“Cinderella, Snow White or Red Riding Hood weren’t our role models. We were taught from a  very young age that girls need not be saved, that they can be heroes, protagonists of their own  stories. Girls are not inferior to men, not in this generation or the ones before it.”

“In our toddler days, we were made to wear a petticoat almost every day. My mom would comb our hair 100 strokes a night, but when we were mature enough to decide, she allowed us to  choose our own identity and style. It didn’t matter if people perceived it as a bit odd or  aggressive. We were not expected to subscribe to traditional gender roles.”

“She would often say—it was important for us to write our own stories, that our potentials [should] be realized, and that we [should] be confident enough to tackle the boulder ahead of us. There was no substitute for hard work. You can only reap what you sow.”

Lamentillo indeed took her mother’s advice to heart. At 18 years old, she started working as a correspondent for GMA while she was still a student at the University of the Philippines, Los Baños. She eventually carved a path for herself in politics by working as the legislative officer of the Senate of the Philippines and the Philippines House of Representatives, and as the communications consultant of the United Nations Development Program (UNDP) and the Food and Agriculture Organization (FAO). She also had a long term goal of going to law school, since that was her father’s unfulfilled dream, and she promised to become a lawyer for him. However, things didn’t exactly go according to plan when Lamentillo’s friend, then Congressman Mark Villar, offered her a job that she just couldn’t turn down.

“When we talk about women’s rights, we also have to open the dialogue about how men can  play a role in the fight for gender equality.  During his stint as Secretary of the Department of Public Works and Highways—Mark Villar opened the door and allowed women to participate.”

“I have been complaining about traffic since I was in high school. Now, we are given an immense opportunity to be part of the solution and revolutionize the way Filipinos travel and navigate  about. Build Build Build is not just an infrastructure and an economic solution. It is a  program that would afford its citizens more control of their time.”

“When we started in 2016 — critics told us it was impossible to decongest EDSA. The vision is  unimaginable. Few months on the job — we knew it was difficult. But in 2022 — we are  confident, the Build Build Build team will turn the EDSA Decongestion Program into a reality.  Travel time from NLEX to SLEX will be reduced from 2 hours to only 30 minutes. Every city in  Metro Manila will be accessible within a 20 to 30 minute timeframe. This will be part of the new  normal,” Lamentillo says.

Despite helming the biggest infrastructure project in the country, Lamentillo still balances law school alongside her full-time job, which makes her days both fulfilling and exhausting. “In our line of job—the challenges vary every day. There was not much room for socialization [especially since] I was [also] in law school. My day could start as early as 12:01 a.m., when the DPWH opens a new road, bridge or flood-control project. After work, I head to  UP Diliman for night classes, which will last until 9 p.m. My weekends are usually spent  studying. There were a lot of sacrifices along the way—missed birthdays, celebrations. But Antoine de Saint-Exupéry is correct—‘It is the time you have wasted for your rose that makes your rose so  important.’”

However, time management isn’t the only challenge that Lamentillo encountered along the way. Her role as the committee chair requires her to be involved in all of the projects, which could be demanding, frustrating, and sometimes, even dangerous.

“The first time we went to Marawi, I was with Secretary Mark Villar. We met a soldier who had  shrapnels in his back. He told us that a number of them would have to keep the fragments of the  bombs in their bodies so long as they live. Pro-ISIS militants left roadside bombs and  improvised explosive devices (IEDs) everywhere—from doors to windows. The clearing operations were not easy. IEDs were concealed in houses and roadsides. It was  carried and delivered in cars or packages. Sometimes, it was surrounded by enhancements—nails, glass, or metal fragments—designed to increase the amount of shrapnel propelled by the  explosion.”

“A few days after Isnilon Hapilon and Omar Maute were killed, we went to Marawi to inspect  ground zero. We had to shorten our aerial inspection because a bomb detonated. We saw  smoke in one of the buildings a few meters from where our chopper was. It was my first time seeing war up close. Secretary Mark was calm and prompt. He asked our pilot to fly higher so that  we are not at a shooting distance. Even in the most precarious situation, he has shown  leadership.”

“When we started institutionalizing reforms in DPWH, there were many challenges — from ghost  projects, delays, right-of-way issues, and death threats. But we knew that if we are to make  genuine changes in the way government infrastructure is built, then reforms are a prerequisite.  In the first six months of his stint–Sec. Mark adopted drone and satellite technology for  monitoring of DPWH projects and eliminated ghost projects via a geo-tagging system. Excel  sheets—which have been used in the department for decades—became obsolete. Now,  monitoring is fully automated under the Infra Track app,” Lamentillo shares. 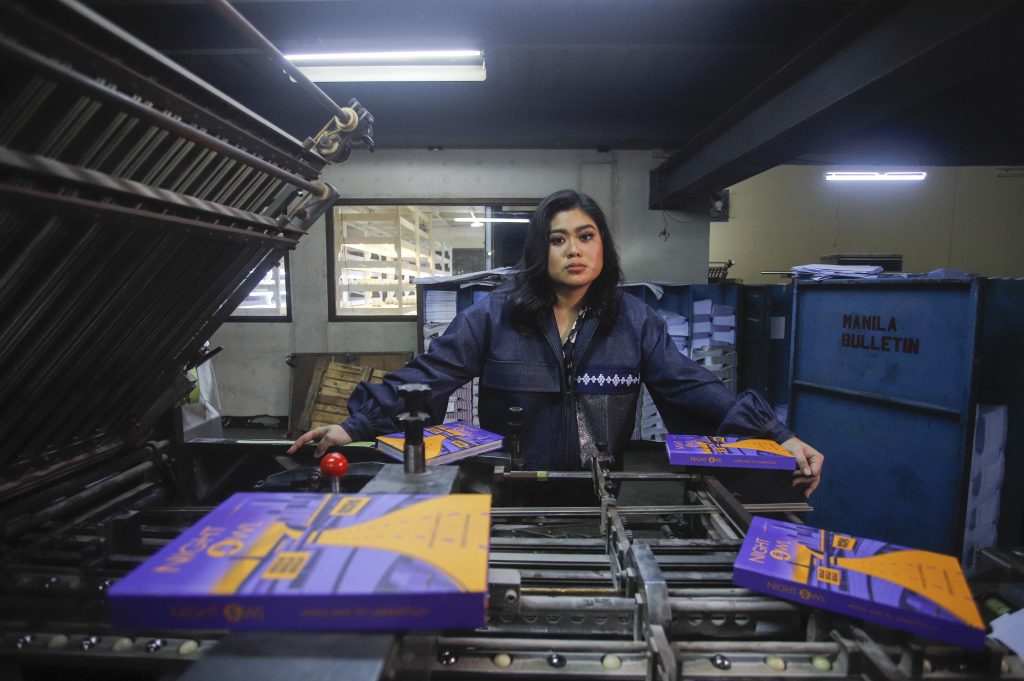 “Responsibilities pre-pandemic and post-pandemic are also very  different.  Now that we are restarting the economy, it becomes more important to work harder, to set a  good example, to prove that the construction protocols put in place are effective. We wanted to  ensure that projects are delivered on time without compromising the safety of the 1.6 million  construction workers involved in Build, Build, Build.”

“The first major challenge was to deliver the complete alignment of the country’s first truck  graded expressway, the NLEX Harbor Link Project, by June. When we were able to achieve that —we shifted our efforts to ensuring that Build Build Build is able to create as many jobs as  possible. Despite the pandemic, Build Build Build was able to generate at least 1.5M jobs in 2020,” Lamentillo adds.

“Build, Build, Build has been the target of fake news, trolls, and critics. They have tried to  redefine it far from its scope—and in their “proud, most credible voice”—report it as truth.  Many have tried to discredit the accomplishments of 6.5 million construction workers. They said  that what we have completed is not enough, that there could have been many things that we  could have done still, or that we never really worked at all.”

“We owe it to the 6.5 million Filipinos who worked to build 29,264 km of roads, 5950 bridges, 11,340 flood control projects, 222 evacuation centers, 150,149 classrooms, 214 airport projects and 451 seaport project—to ensure that there is a factual narrative of Philippines’ Golden Age of Infrastructure,” Lamentillo asserts.

One of the ways that she does this is by cultivating a strong social media presence. She currently has over fifteen thousand followers on Instagram, and she regularly uses the platform to spread information about the different infrastructure projects under the Build, Build, Build Program. Another way she does this is through her new book. 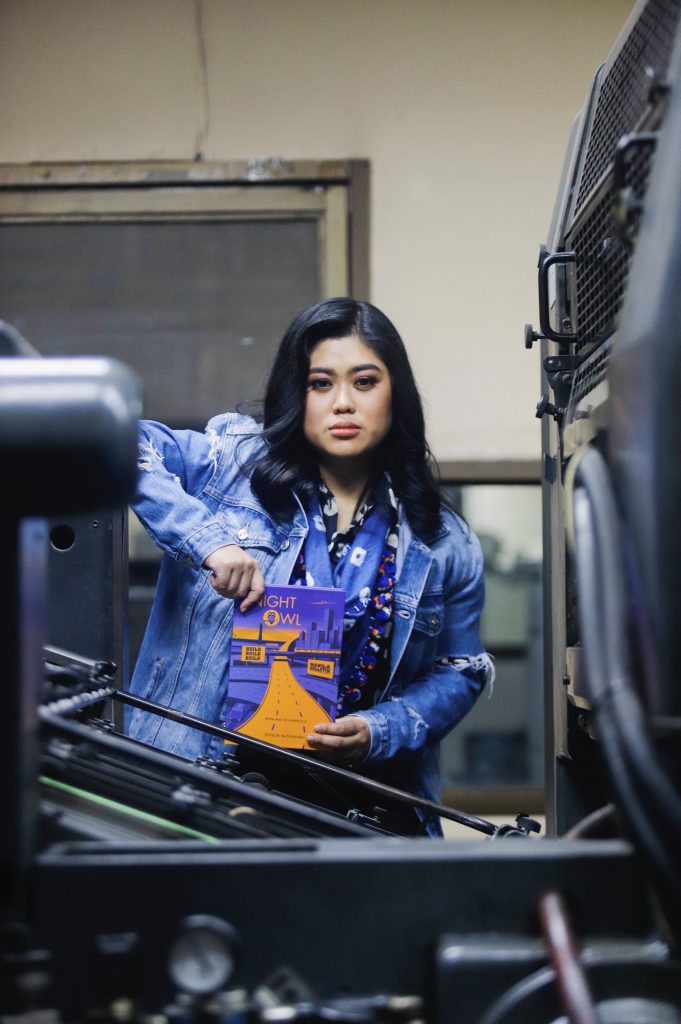 It follows and provides a first hand narrative of the daunting details of tasks, reforms, and  projects undertaken by Department of Public Works and Highways Secretary Mark Villar.

Night Owl sheds light into the difficult challenges, critiques, and difficult decisions faced by the  Build Build Build team and dives into the subsequent consequences.

Witness heartwarming stories of Filipinos whose lives have improved with the completion of  roads, bridges, rail, flood control projects, airports, seaports and classrooms.

Night Owl is a compelling visual and informative storytelling of the country’s journey of change and transformation as it rallies from a tiger cub economy to a first world country.

Night Owl is called as such because Lamentillo often writes her opinion columns at night after her law classes. Edited by Manila Bulletin Lifestyle Editor, Arnel Patawaran, the book is  published by Manila Bulletin Publishing Corporation. For orders and inquiries, you may call +632-85277522/26, +63917-8173578 or email subscription.mb@gmail.com