If you want a Chinese dog breed for your Chinoy household, we’ve got a list of 10 that can help you with your search. We’ve also added a few things to know about each breed to make sure that not only is your dog of Chinese heritage but that their personality will mesh well with the rest of your family. 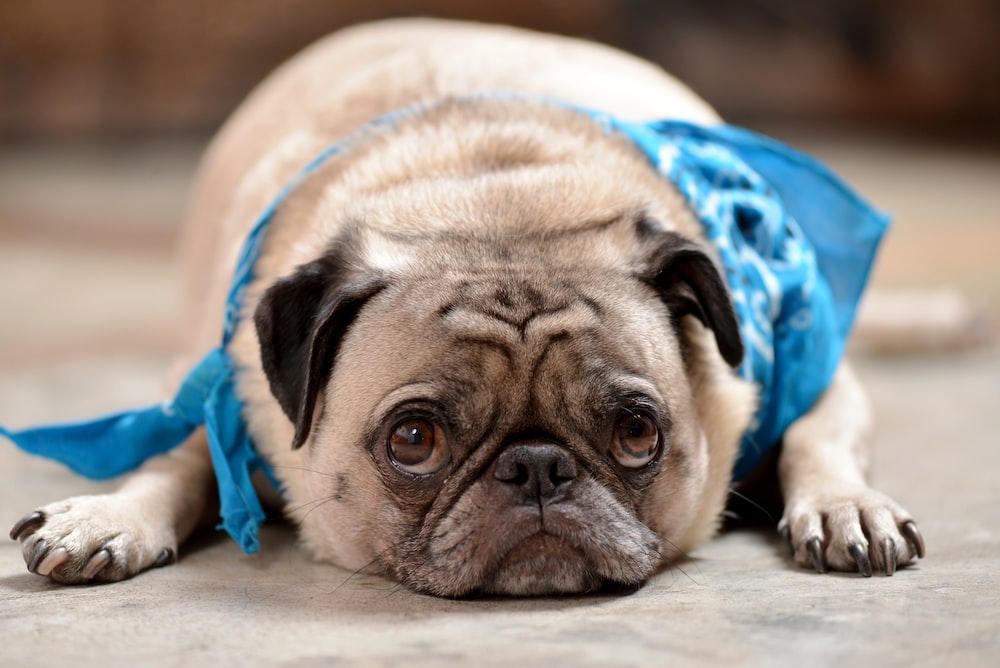 The pug — one of the most popular dog breeds. They’re sweet and friendly – perfect for families! Pugs are one of the oldest breeds, believed to have originated in China, sometime around 400 BCE. They were said to have kept Buddhist monks company in Tibet. These dogs can be good watchdogs, but they aren’t really yappy so they’re safe for closed quarters. However, they do shed a lot, so make sure you have a vacuum cleaner if you decide to get this dog. 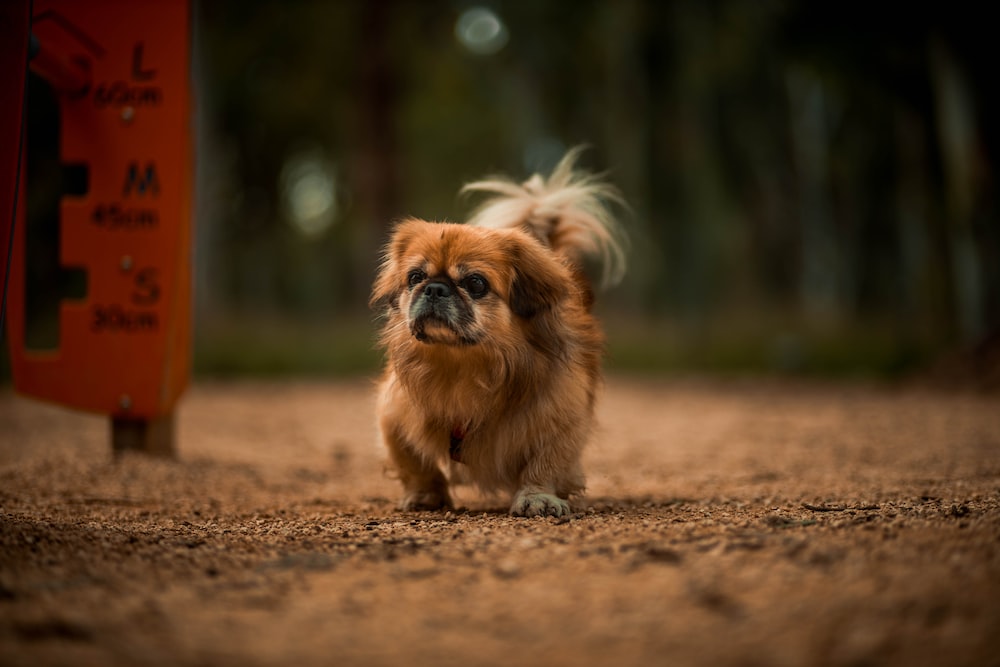 These dogs were said to be companion pets to Chinese royalty and were often cited in Chinese folklore. It is said these little dogs were lions that Buddha shrunk down to size. They’re good-natured and affectionate, but also opinionated and aggressive. They’re extremely loyal to their families. But they’re also protective, so they may not play well with strangers. They do have a tendency to bark, so training them early on to know when to stop is a good idea. 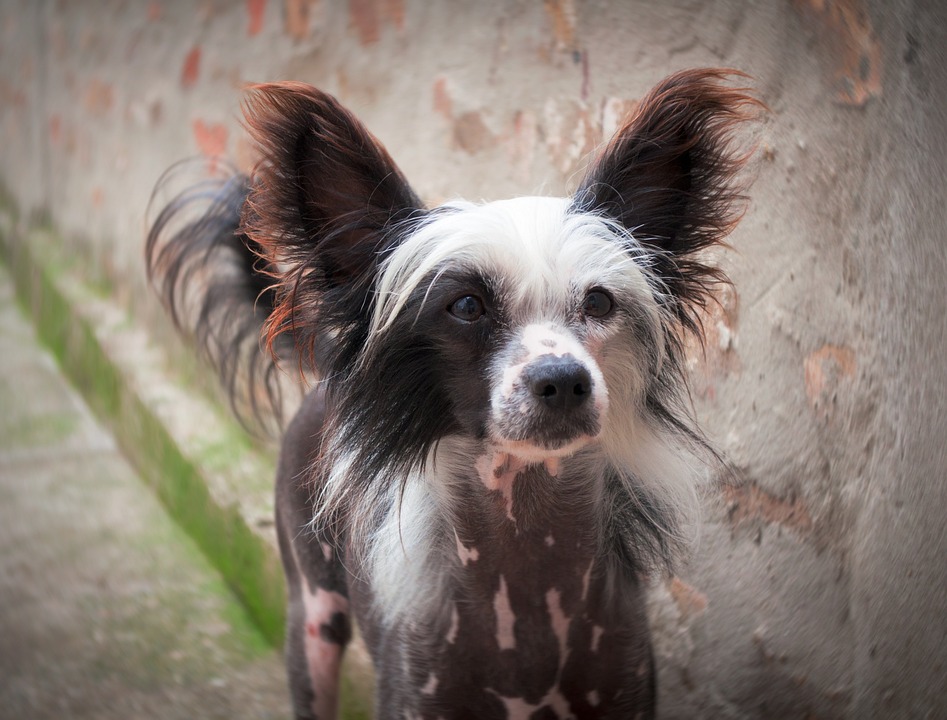 Clearly, this breed is Chinese. It’s assumed that toy dogs were bred with African hairless dogs to achieve their hairless appearance. What we do know is that these dogs were brought aboard Chinese trading vessels to hunt vermin. A great tiny dog for people that love to laze around with their dogs. They’re happy and affectionate, but also extremely needy. You’ll also need to properly train them as pups to prevent him from biting strangers later on. 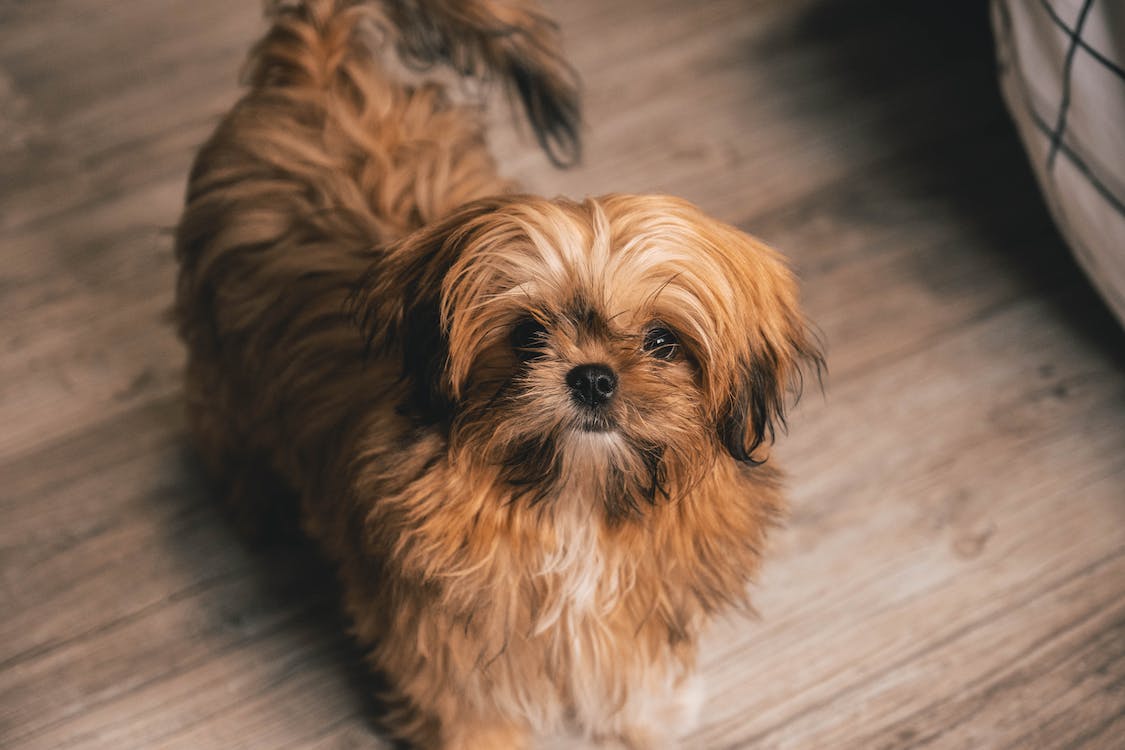 Tiny dog, big personality! “Shih Tzu” literally comes from “shizi” which means “lion” in Chinese. They were treasured by the Chinese nobility and were crowned the noble dog of China. Their heritage places them more closely related to wolves than other dog breeds. Shih Tzus are friendly companions and love meeting new friends. They can live anywhere and enjoy their lives. These dogs are great for families with children. 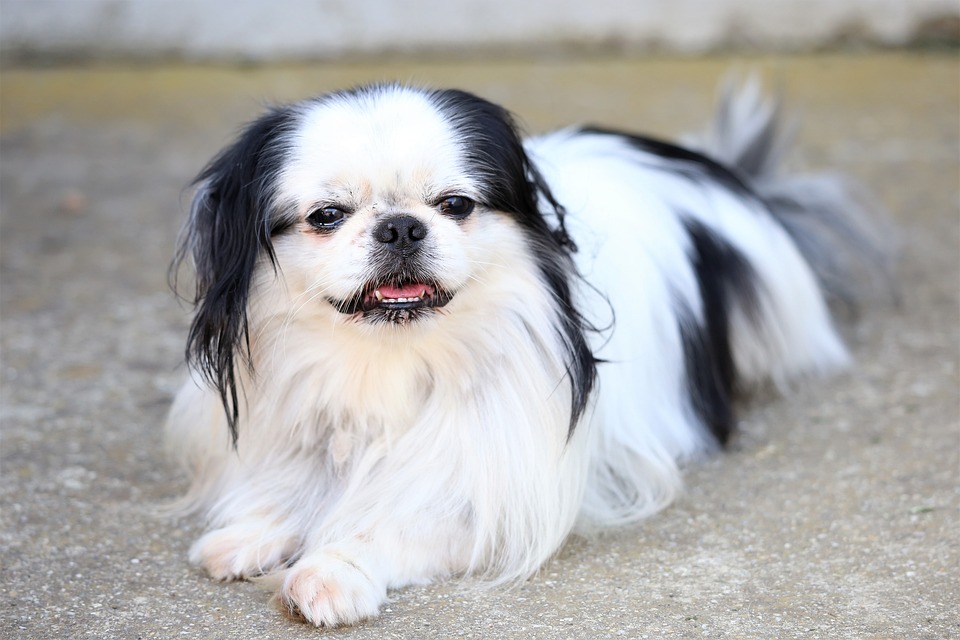 Despite its name, it’s commonly believed that the Japanese Chin originated from China. These dogs became extremely popular among Japanese nobility around 1000 BCE, and when Japan began to trade with other countries, the Japanese Chin was commonly gifted to naval officers or sold to traders and sailors. These dogs are extremely sensitive and will shape their personalities according to the moods and emotions of their owners. They are extremely cat-like and can jump to great heights. They are also extremely loving and loyal.

Formosan Mountain Dogs originated from Taiwan and are actually considered wild. These small- to medium-sized dogs are kept as hunting dogs, guard dogs, rescue dogs, and family dogs. These dogs can thrive anywhere as long as they have firm and consistent training. These dogs may not be the best companions for young kids, but older children that know how to approach and deal with dogs properly may enjoy its company. If you have a cat in your household, the Formosan Mountain Dog may have a tendency to chase them as hunting is encoded into their DNA. They are also extremely active and need long walks incorporated in their day. If you’re active or have a lot of outdoor space, these dogs could be a great match for you.

If these dogs look eerily similar to German Shepherds, that’s because they are relatives! They’re descendants of the German Shepherds that were introduced to China in the 1950s. The Kunming Wolfdogs are often trained as military assistance dogs, as well as fire and search-and-rescue dogs. These dogs are ready to serve. They’re inquisitive and intelligent, as well as protective and loving with their family. They’re more reserved with strangers, but they will get along with everyone as long as they’re exposed to them early on. But do note they’re also extremely active and will need long walks on a daily basis.

Xiasi Quan is a lean, muscular hunting dog that originated from Guizhou Providence in China. It is believed that owning a Xiasi can bring wealth to the family. This breed is also typically used for hunting or guarding. In addition, they’re kind, faithful, affectionate, and easy to train. However, they are barkers. Yet, despite their tendency to bark, they’re not extremely territorial so they wouldn’t be the best guard dogs. They like to hunt though, so smaller pets in the household may be at risk. 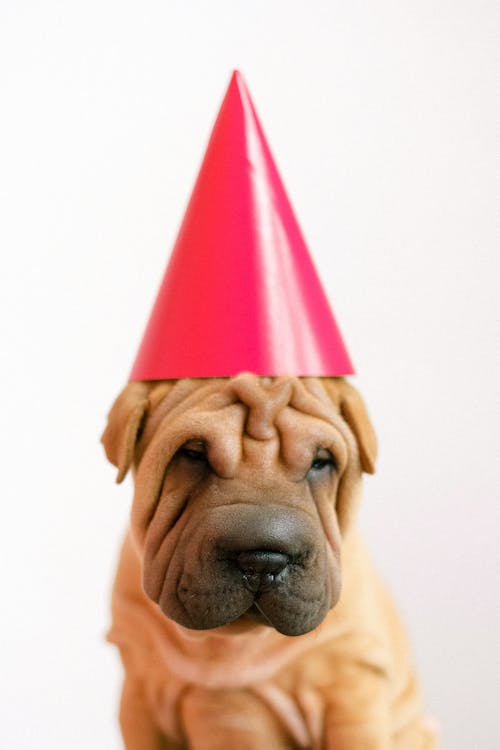 Wrinkles all over is probably what comes to mind when this breed is mentioned, and you’re not wrong. That, along with petite ears and blue-black tongues, are the distinct features of this unique and rare breed with roots in ancient China. It’s believed that Shar-Peis were bred as hunting and guard dogs back in 20 BCE. During the communist revolution in China in the mid-1900s, however, the Shar-Pei almost went extinct, but numbers rose once again in the ’70s when American breeders were rallied to propagate this wrinkly breed. Although they can get quite large, they’re extremely calm and may be suited to apartment living. It could make a great guard dog and watchdog, which means if you like having people over, you should socialize them early. Furthermore, they’re naturally clean dogs and require little grooming. 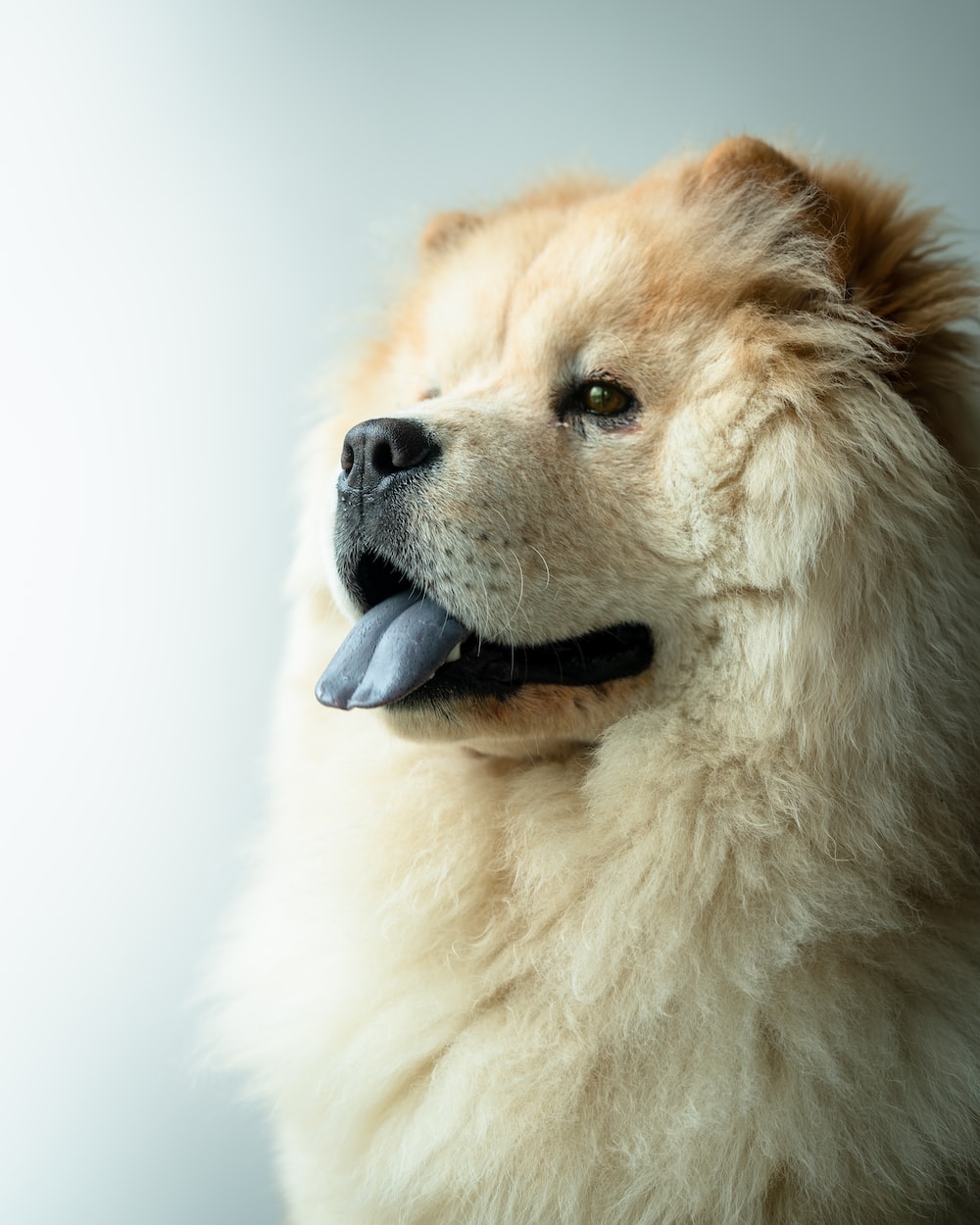 Last but not least, the chow chow is one of the most ancient Chinese dogs, dating back to as early as 206 BCE. Originally serving as hunting and guard dogs, these dogs were once kept in imperial Chinese kennels. They’re not that fond of being hugged or fussed over, but will be patient about it from their favorite person. What’s more, their loyalty extends to other family members. Still, they’re usually not the best with small children who may play too roughly and earn their ire. While not the greatest jogging companion material, long leisurely walks are perfect for this breed and their excellent endurance.

Share0Tweet0
Tags:
Chinese, dogs
Newer In Traditional Chinese Medicine, YOU are in Charge of Your Health
Back to list
Older Xia Dynasty, the Oldest Chinese Dynasty

Looking for a stunning Chinese-themed cake for your birthday, wedding, or just to satisfy your cravings? These Chinoy-owned cake shops offer just that.

END_OF_DOCUMENT_TOKEN_TO_BE_REPLACED

Interested to know where you can find the freshest imported and local fruits and vegetables? Check out these four fruit and vegetable online businesses owned by Chinoys.

END_OF_DOCUMENT_TOKEN_TO_BE_REPLACED

12 Chinese Values that Can Make Your Life Better

In Chinese culture, it is said there are 12 core values that are cherished the most and have been around since ancient times. These values continue to serve as a guide for us in today’s world.

END_OF_DOCUMENT_TOKEN_TO_BE_REPLACED

Produce Pandas is affectionately known as the XXL Boy Band, but it’s not just their size that’s XXL, it’s the possibilities in front of them, too. Learn more about them here.

END_OF_DOCUMENT_TOKEN_TO_BE_REPLACED

If there was any franchise that showcased the many variations life-forms can come in, it’s Star Wars. It comes as no surprise that a number of actors that represented the characters in the series were Chinese. Here are some of the Chinese actors who appeared in the Star Wars galaxy across all films and the TV shows in all sorts of roles — big and small.

END_OF_DOCUMENT_TOKEN_TO_BE_REPLACED

We list some underrated delicious food at Chinese restaurants that always become crowd favorites after we introduce them to our non-Chinoy friends.

END_OF_DOCUMENT_TOKEN_TO_BE_REPLACED

The Chinese Survivors of the Titanic

You may have heard the story of how the RMS Titanic faced its demise. But have you heard of its six Chinese survivors?

END_OF_DOCUMENT_TOKEN_TO_BE_REPLACED

‘The Princess Weiyoung’: A Glimpse of Dynastic China

What can we learn from the Chinese drama, “The Princess Weiyoung”? The C-drama starred actress Tiffany Tang as Li Weiyang and actor Luo Jin as Tuoba Jun/Prince Gaoyang.

END_OF_DOCUMENT_TOKEN_TO_BE_REPLACED

While big social gatherings are being kept to a minimum during the pandemic, one thing you can’t miss out on is indulging in mouthwatering Chinese food. Why not bring home some classic dim sum dishes you can easily enjoy in the comfort of your own homes?

END_OF_DOCUMENT_TOKEN_TO_BE_REPLACED

Qin Dynasty: When Books were Burned, the Great Wall was Built, and More

The Qin dynasty was an exceptionally important Chinese dynasty. Be in the know on what happened here.

END_OF_DOCUMENT_TOKEN_TO_BE_REPLACED

Ancient Chinese Hairstyles Through the Years

Throughout ancient China, hairstyles depicted a person’s social status and health. Previously, in certain Chinese ceremonies, they also marked the coming of age of both men and women. Let’s dive in on how ancient Chinese hairstyles have evolved throughout China’s history.

END_OF_DOCUMENT_TOKEN_TO_BE_REPLACED

10 Most Highly Anticipated Chinese Films of 2021

From dramas to mysteries to fantasies, there is just simply no shortage of fantastic films for audiences to look forward to in 2021!