After the grand reveal of the first-ever online contenders for Mr. & Ms. Chinatown Philippines, the candidates were presented virtually in their Digital Press Presentation held last September 28, 2020 via Youtube and Facebook Live, hosted by Ms. Janeena Chan. 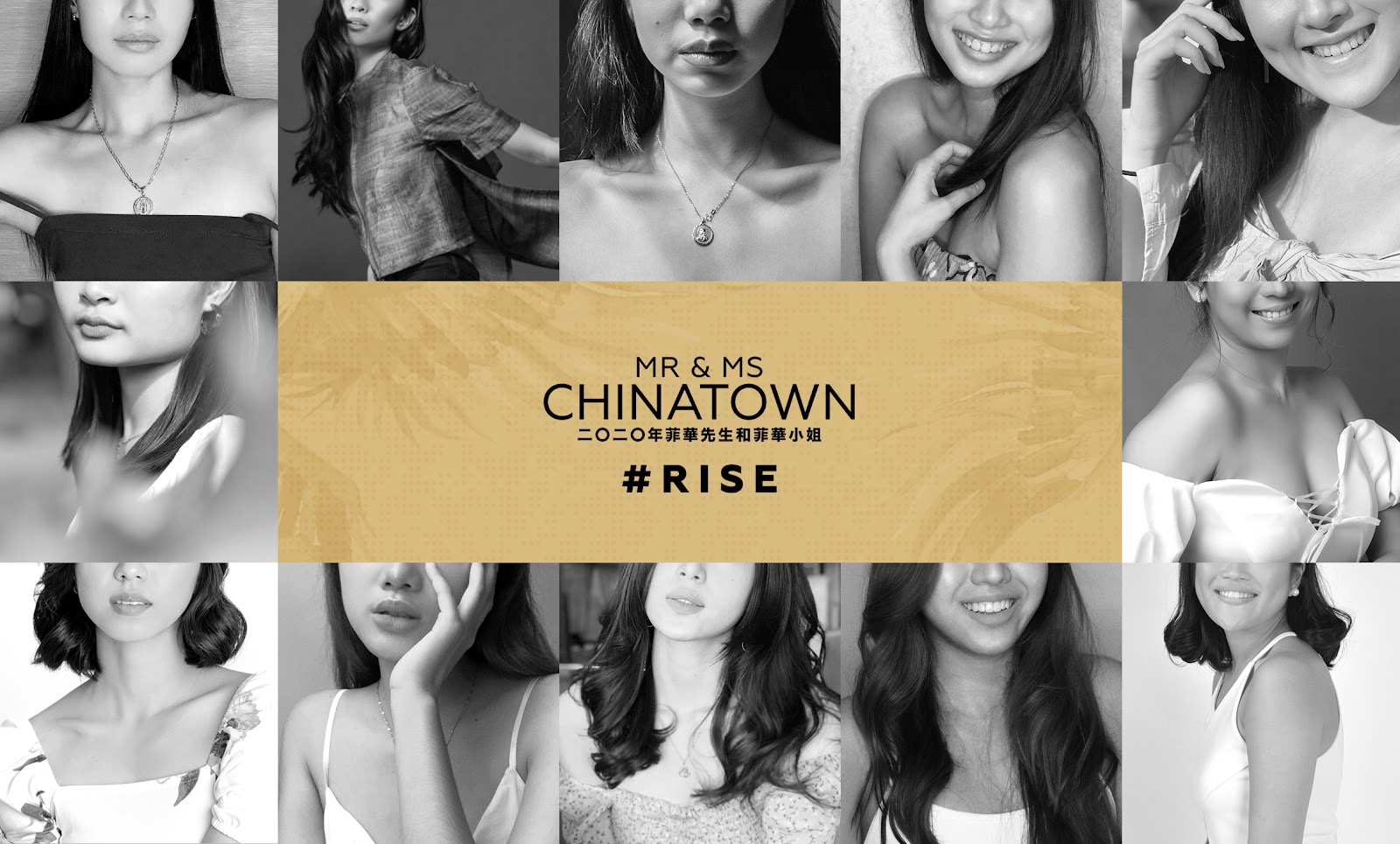 “Rising is not to be above others. It’s choosing to humble yourself down and to commit to serving others – It’s about putting others first before yourself so you can rise together.”  – Latisha Tan, Candidate #9

This year, Mr. & Ms. Chinatown Philippines is more than just a pageant: it is a movement embodied by twenty-four young Chinoys from all over the globe, as they aim to advocate rising up in spite of the current situation, and to help their fellow Chinoys Rebuild, Inspire, Strengthen, and Empower themselves during this new normal while celebrating the Filipino-Chinese culture. With that, the current pool of candidates is made up of multi-faceted individuals who defy geographical boundaries, coming from diverse backgrounds and occupations – from college students, former athletes, to even a former production staff for the Tony Award-Winning Musical, Hamilton.

To begin their journey, the candidates partook in their first challenge: Confidence. This consisted of a live Q&A session with two rounds, focusing on getting to know the candidates as they share their advocacies, thoughts on current social issues, as well as how their Chinoy identities come into play with this.  With that, they were judged by prominent people in the fashion and pageant industry – namely: Maria Fabina, Raia Gomez, and Voltaire Tayag – alongside the pool of previous MMCP winners and runner-ups.

Vying not just for awards, the candidates aimed to show that there was a much bigger purpose to their presence in the competition, which is to use their voice for much more meaningful and purposeful intentions. 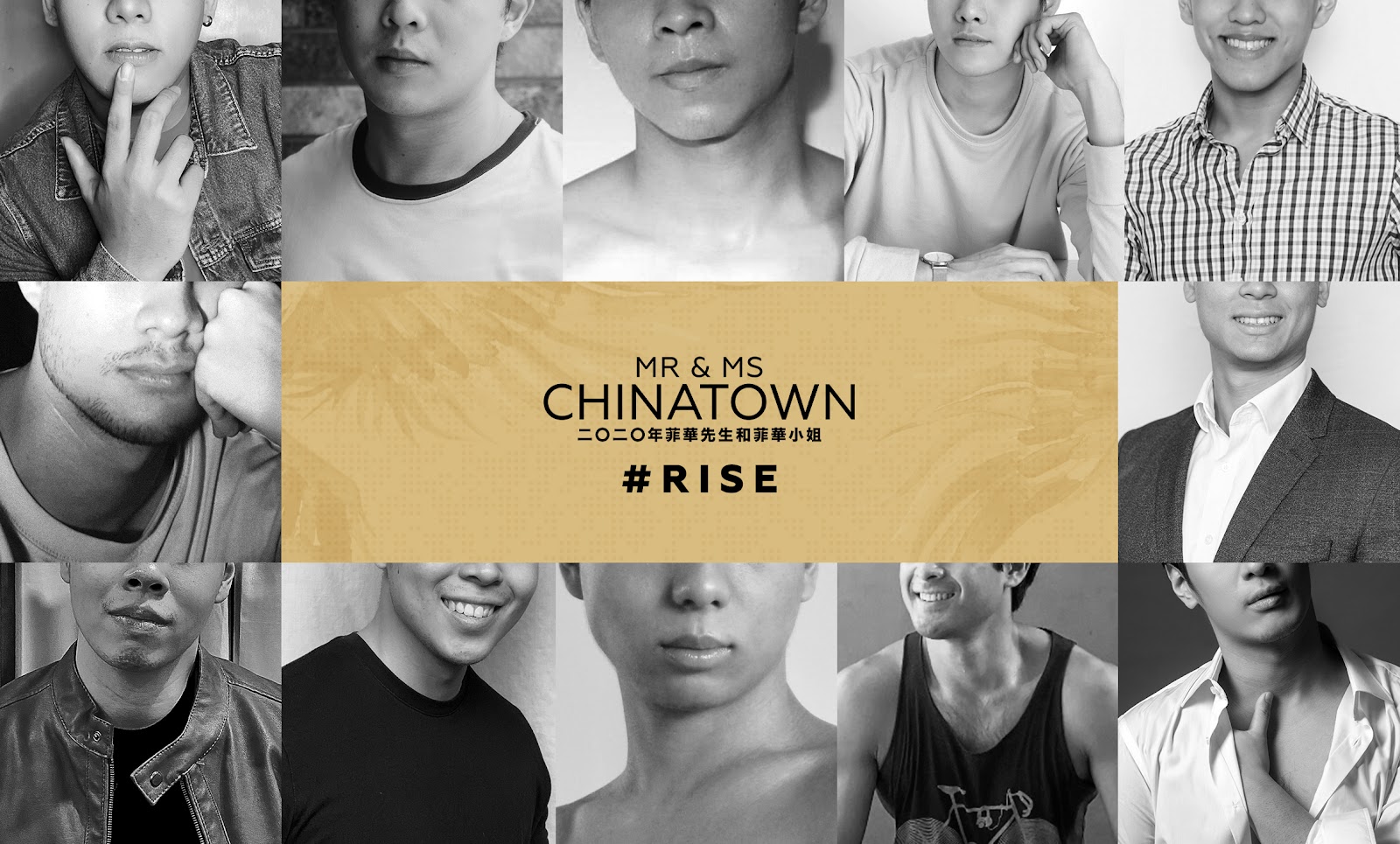 “The best thing about being in this digital era is that we are all given a voice. We’re given a chance to voice out what we can improve or promote humanity.” – Eric Cua, Candidate #4

To end the show, these five candidates were chosen by the judges and presented with the Special Awards. 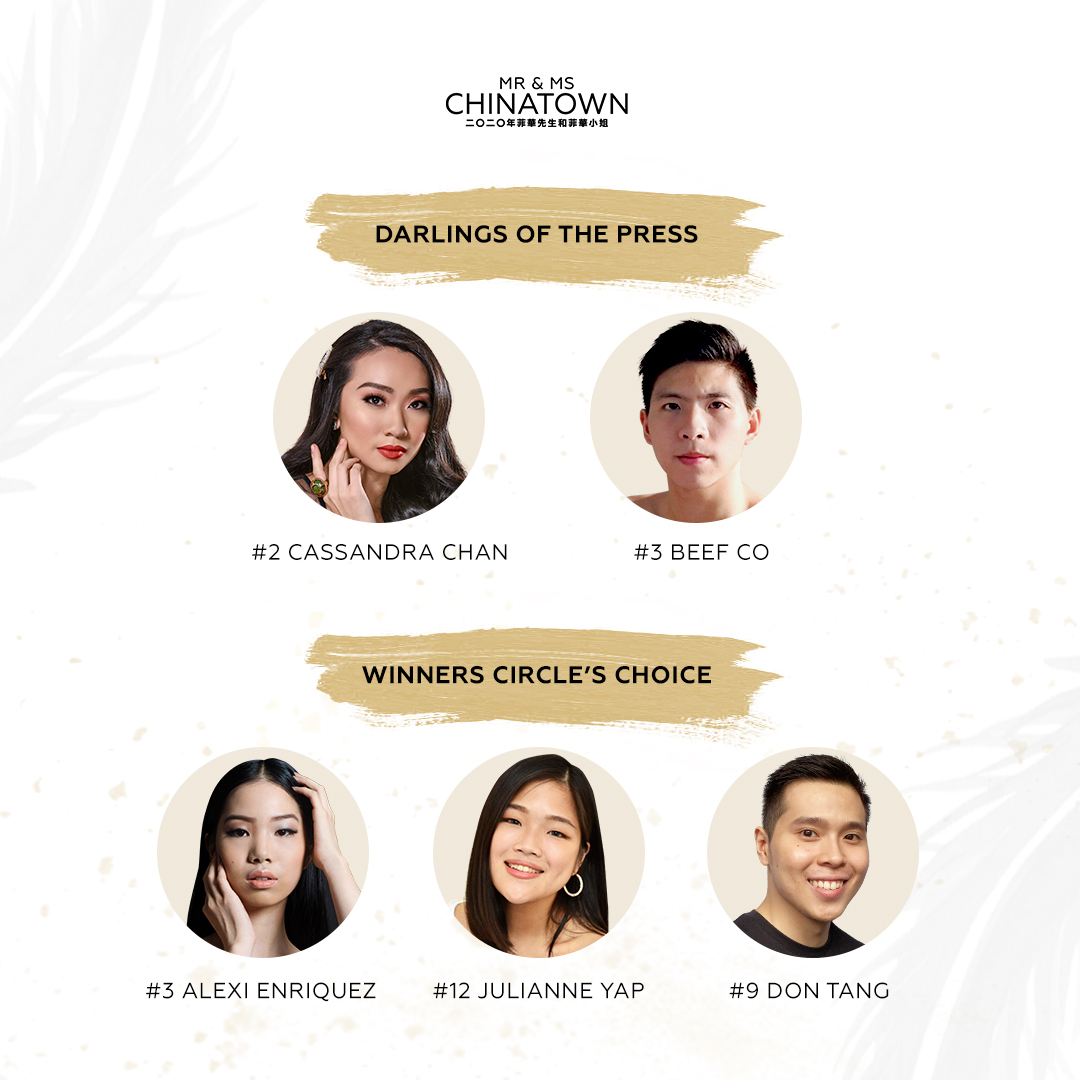 *Kindly note, however, that this has no bearing in their overall scores.

Darlings of the Press:

For the next challenge, the candidates will be tasked to do a photo challenge creatively using any items that remind them of being Chinoy, for them to  inspire others to be resilient, innovative, and passionate about one’s culture and heritage.

Catch the candidates as they partake in their second challenge, My Chinoy Inspiration, this Wednesday, September 30 via Instagram @mrmschinatownph!

Slater Young x Squid Game: It’s all over the Internet!

“Dapat ganito to eh, kung ako nandyan this is what I should have done.”   Because of its success, Netflix's Squid Game...

END_OF_DOCUMENT_TOKEN_TO_BE_REPLACED

Back in 2017, netizens spotted a mystery guy who toured with Kris Bernal on her Iceland trip. Four years later,...

END_OF_DOCUMENT_TOKEN_TO_BE_REPLACED

Carl Dy: on Using His Voice to Influence

"Your level of discipline and perseverance determines your level of success."   Hearing a success story from someone who has been through...

END_OF_DOCUMENT_TOKEN_TO_BE_REPLACED

"Don't be afraid of trying out different things."   The plethora of video platforms on the Internet has completely changed the way...

END_OF_DOCUMENT_TOKEN_TO_BE_REPLACED

How do Chinoys Stay Focused on Their Goals?

Energy flows in the direction of focus. This has always been true throughout history, but we now live in a...

END_OF_DOCUMENT_TOKEN_TO_BE_REPLACED

Hidden Chinese Restaurants in the Metro

For Chinoys, food quality is always a top priority. Taste, texture, and color all serve as indicators of whether the...

END_OF_DOCUMENT_TOKEN_TO_BE_REPLACED

When you enter a Chinoy household, the chances are you will find more than one religious altar. There might be...

END_OF_DOCUMENT_TOKEN_TO_BE_REPLACED

Vismin Spotlight: Bacolod’s Margrey Sy, A Chinoy CEO in her own right

Stonehill Suites is one of the top-of-mind hotel choices of tourists and business travelers in Bacolod. And if you ask...

END_OF_DOCUMENT_TOKEN_TO_BE_REPLACED

Sharwin Tee: On His Journey as Chef, TV Host and Author

In keeping with the #1CH1NOY campaign, CHiNOYTV, in partnership with CNN Philippines, unveils a new season that aims to spotlight...

END_OF_DOCUMENT_TOKEN_TO_BE_REPLACED

Zahn Yu : Making Our Choice in the Road Less Traveled on How he got into the field of Voice Acting

“Just do what you’re passionate about”   Is it your heart's desire to earn through your voice? If so,  you're about to...

END_OF_DOCUMENT_TOKEN_TO_BE_REPLACED

Stanley Chi : On How He Made Laughs and a Living with His Voice

END_OF_DOCUMENT_TOKEN_TO_BE_REPLACED

Stan Sy: Rocking the Proverbial Boat as a Podcaster and Motivational Speaker

"If you never ask, the answer will always be no."    For CHiNOY TV's Second Webinar, we've invited a new set of...