The Flash: Great Deals Founder and CEO Steve Sy on growth and success as an entrepreneur

“You can start small,” Great Deals Founder and CEO Steve Sy said when asked to advise entrepreneurs who want to start. “Start now. Fail forward,” he continued. “It’s better to do it than not start. Personally, I like speed over perfection. Ready, fire, then just aim again. I mean, that’s my personal preference.”

Considering how much Great Deals has grown since Steve started it from scratch in 2014 and incorporated in 2017, this advice comes from years of personal experience.

He had a lightbulb moment in 2014 when he sold a few thousand powerbanks in one day during Lazada’s 11.11 Sale. Initially, he just got on the online shopping platform to sell the slow-moving products from his mall-based cell phone accessory stores. But after that phenomenal showing, Steve dove head first into learning everything he could about e-commerce. 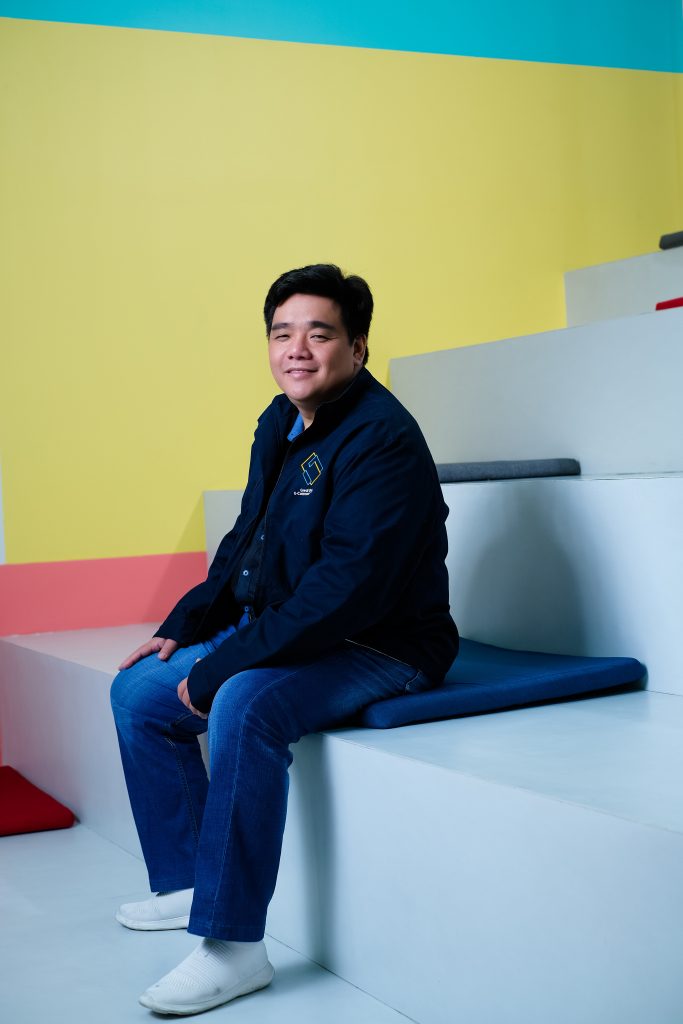 “It’s better to do it than not start. Personally, I like speed over perfection,” Steve Sy of Great Deals E-Commerce on starting a business.

“I started offering my services to other companies and I was able to grow their business,” Steve shared. Great Deals is an end-to-end service, taking care of their digital content, online shop creation, campaign coordination, warehousing fulfillment, chat support, and dispatch.

At first, people didn’t know what e-commerce was and what it could do for their business. So Steve saw himself more as an educator for his clients. “When I talked to CEOs and company presidents, I told them that this is the future of their business and they had to invest in this already,” he said.

“My first multinational client was Reckitt Benckiser, the distributor of Lysol and Durex and in the span of five months, we were able to grow their business by 500% and it became the #1 Home and Living brand in Lazada at that time.” Steve shared. Word spread and Great Deals started getting a lot of brands. In 2017, L’Oreal got on board as their client. It was the second-biggest selling beauty brand online, but by the end of the year, L’Oreal was the #1. “Since then, our e-commerce business just kept growing.” Great Deals now handles 400 brands and they are still getting bigger.

In just seven years, the e-commerce enabler has grown so much that it has been dubbed as the “Alibaba of the Philippines.” In just 2020, Great Deals raised $12 million (around Php 612 million) private equity funding from Navegar, a private equity firm, and $30 million (about Php 1.4 billion) from a local logistics firm Fast Group supported by CVC Capital Partners, one of the world’s largest global private equity firms. Steve shares that, in 2021, Great Deals has the highest grossing revenue of any startup in the Philippines.

People, Process, and then Tech

“I would say, ‘No eyes have seen, no ears have heard, no mind has conceived’ what Great Deals would become,” Steve said with humility. “It’s by God’s grace that we have grown so much in the span of a few years. I know I’m not capable, but we were able to build a good team and ride the e-commerce wave for us to continue to grow as a company.”

Steve is always quick to give credit to his team for growing the company as much as they have.”People, process, and Tech,” he shared. “You have to find the right people first before you build the right process and then build the right tech. I think those are the key things you need to build a digital business and in that order.” He is a firm believer of what people can do. Without the right people, nothing would happen, even if you have great tech.

Steve is not one to rest on his laurels. He describes himself as the “Old School type” who goes to work everyday even in a pandemic. He declared that he will not retire, he’ll just keep on working. “I like challenges,” he said. “That’s my personality.”

His challenge now, as he sees it, is how he can grow Great Deals 10 times bigger from this point forward. What does the company need right now in order for it to grow? He also wants to be able to fully digitize the Philippines in three to four years’ time, looking for ways to uplift the Filipino economy, and innovations that Great Deals can make in order to fast track the country’s growth.

Steve follows his “idol” Jack Ma’s principle of building an ecosystem rather than an empire. Because empires fall, but ecosystems are sustainable, and when they thrive, many benefit from it.

In the end, success for Steve is quite simple: having a loving wife and a loving family. And, witnessing the change and growth of the lifestyle of the people in his company. “To be able to help them grow personally and professionally, that’s what success is for me.”

Jake Go is a professor and a managing partner at Springboard Philippines. He talks about his entrepreneurial journey and his insights on eCommerce.

END_OF_DOCUMENT_TOKEN_TO_BE_REPLACED

In most families, there is a generation gap between parents and their children. It is not just because of the...

END_OF_DOCUMENT_TOKEN_TO_BE_REPLACED

With decades of experience in the field, Luftonic president and Techglobal marketing director Aldrin Chua reveals the values that have ultimately paved the rich road of his life’s career.

END_OF_DOCUMENT_TOKEN_TO_BE_REPLACED

4 must-have Chinoy values to make your business a success

With the likes of Sy, John Gokongwei, Lucio Tan, and other Chinoy entrepreneurs making it to the list of Forbes’...

END_OF_DOCUMENT_TOKEN_TO_BE_REPLACED

From learning how to cook burgers and manning the cashier register at Burger King to becoming the 24-year-old CEO of internet marketing service Yehey Corporation, Dr. Donald Lim reveals the hows and whys of seizing digital opportunities and advertising business in a modern society.

END_OF_DOCUMENT_TOKEN_TO_BE_REPLACED

Food is about innovation. Whether it's revamping a traditional recipe, creating fusion dishes, or starting a new food trend, there...

END_OF_DOCUMENT_TOKEN_TO_BE_REPLACED

Learning and Finding Happiness on the Job: Prime Pacific Foods Corp. President Euclid Teng on the value of preparation and experience in business

Written by: Stef Juan | Photography: Jervy Santiago Life is a journey and things never stay the same. And that’s a...

END_OF_DOCUMENT_TOKEN_TO_BE_REPLACED

Jardin Wong: On real estate innovation and taking on the family legacy

In an exclusive interview with CHiNOY TV, Jardin Wong reveals his insights and experiences in the country’s rapidly developing real estate industry.

END_OF_DOCUMENT_TOKEN_TO_BE_REPLACED

Always Up for a Challenge: Universal Records’ Managing Director Kathleen Dy-Go is always ready to face challenges head on

Written by: Stef Juan | Photography: Mau Mauricio In the ever-evolving entertainment industry, especially in the recording business, the only constant...

END_OF_DOCUMENT_TOKEN_TO_BE_REPLACED

In light of his recent business innovations, Elcid Lao talks to CHiNOY TV about smart locker systems and his plans for the Philippines’ technological future.

END_OF_DOCUMENT_TOKEN_TO_BE_REPLACED

Eric Teng: On the Bayanihan Spirit in the Restaurant Industry

Dining at restaurants has always been a regular part of many people’s lives. Whether it’s for a casual meal with...

END_OF_DOCUMENT_TOKEN_TO_BE_REPLACED

MTK 8: The Modern Entrepreneurial Chinoys of 2021

CHiNOY TV, in collaboration with Globe Business, is releasing its inaugural MTK 8 List as this year’s edition of the Modern Tao Ke Campaign. Equipped with experiences from various walks of life, here are eight Chinoy entrepreneurs who have demonstrated their ability to soar above and beyond expectations!